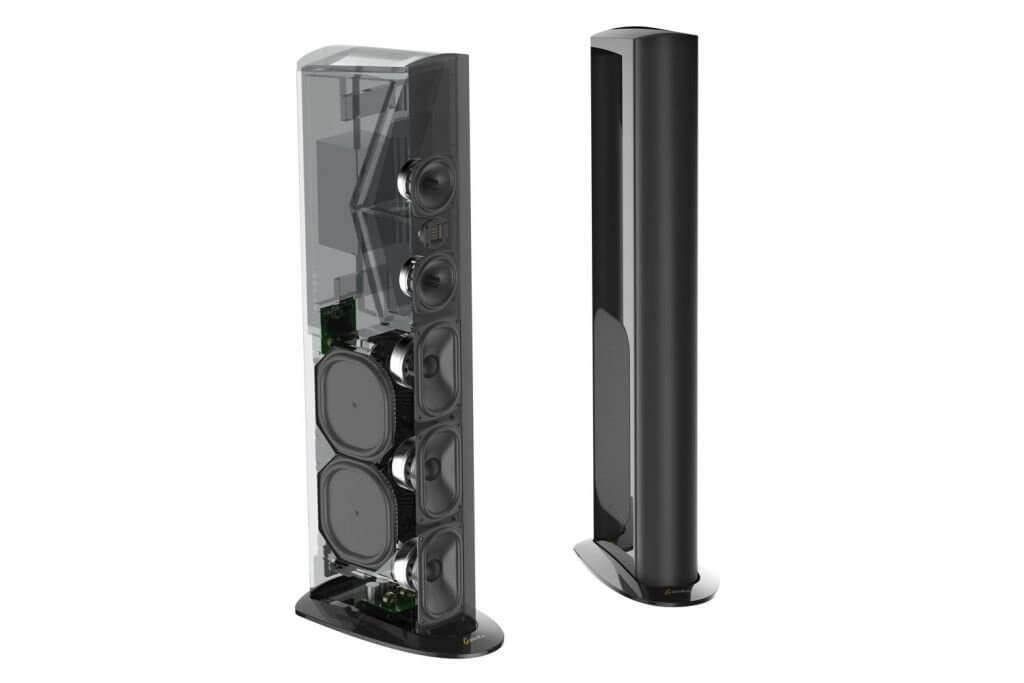 It has already made British magazine What*HiFi’s Top 10 products at CES 2017 list.

I used to think that some $5000/pr. speakers were the epitome of high-end audio playback at a reasonable cost. At this price you can get some truly outstanding speakers that also represent excellent value for money. Well, we sometimes get set in our ways and at recent CES I would often find myself scoffing at speakers that cost more than $5k/pr., thinking that they couldn’t possibly offer the same value as some of those excellent-sounding, less-expensive speakers. But this year, I heard a couple of floor-standing speakers that changed my mind.

I consider the GoldenEar Technology Triton One to be another of the benchmark loudspeakers in the $5000/pr. price range, but this year GoldenEar displayed their new Triton Reference, priced at $8448/pr. Although it features a similar driver configuration to the Triton One, the Triton Reference is a slightly larger speaker. And like with Revel, this new GoldenEar features totally redesigned drivers, which have been blended together with a fully balanced crossover. The bass amplifier and DSP circuitry are also said to be improved over what’s used in the Triton One.

Speaking with Bob Johnston, GoldenEar’s Director of Engineering, it became apparent that the drivers have all been substantially improved and can play much louder than any ones they made before. However, the real benefit of them is that when they play at similar levels as their other drivers, there is said to be less distortion and compression. This was apparent during the demo where both orchestral and jazz music were played at relatively moderate levels, but with an utter sense of ease and natural flow to the music. When horns were played, there was plenty of bite, but in a natural way and never irritating — and the volume did not have to be turned way up to sense the immediacy of the sound. Kodo drums sounded like Kodo drums without having to turn the volume to 11 and overload the room with enough bass to cause a concussion, even though I am sure that a pair of Triton References are capable of this. This new Triton may have even more brawn than its very capable brethren, but it also possesses a rare level of refinement that I usually associate with much more expensive loudspeakers.